0
THE PROFANATION OF ISRAËL IN THE LIGHT OF SACRED LAW 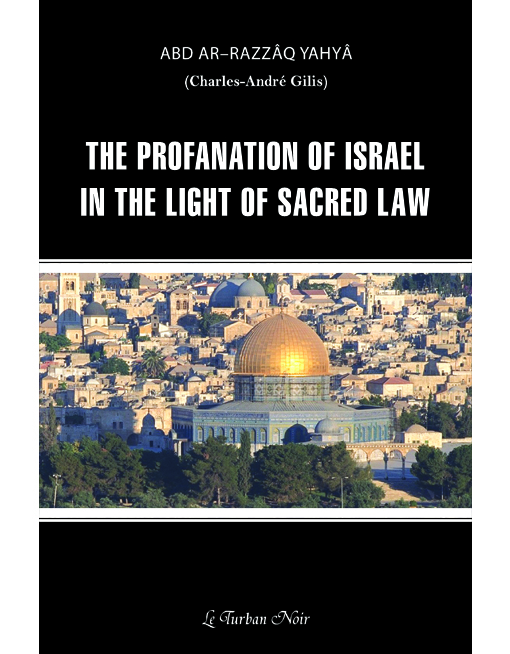 THE PROFANATION OF ISRAËL IN THE LIGHT OF SACRED LAW

The almost insurmountable difficulty that Westerners encounter in recognising the existence and prerogatives of the Divine Law is revealing of the anti-traditional and profane character of the modern world.

Nothing can be understood of the problems of all kinds created by the present existence of a Jewish state if one does not see that, from the traditional point of view, the conflict is one of revealed laws.

The present study is in three parts. Part I demonstrates the importance of the Sacred Law ; parts II and III examine respectively the status of the Jewish People and the meaning of Zionism in the light of this fundamental notion.

In this book the author applies to a particular situation one of the esoteric doctrines formulated and explained by Ibn Arabî.

THE SECRETS OF THE FAST